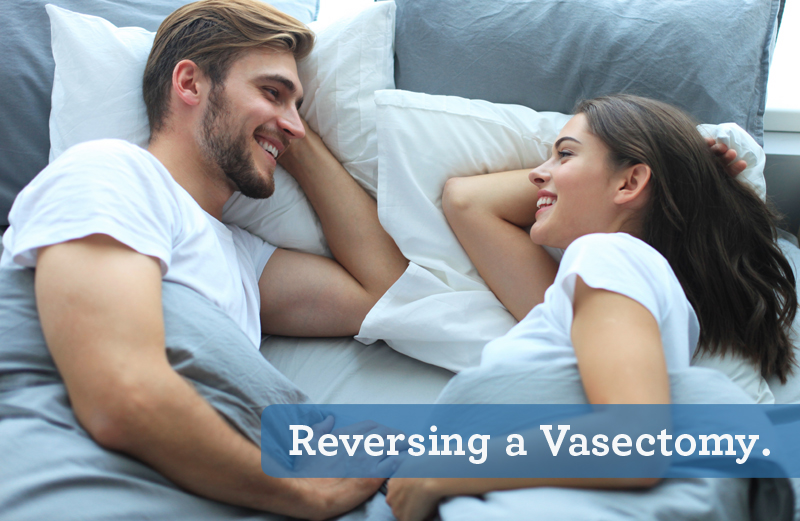 In the U.S. each year, over 500,000 men decide to have a vasectomy as a form of birth control. The popularity of this choice is supported by the fact that it offers the most effective means of preventing pregnancy—with the exception of abstinence.

However, many men who have had a vasectomy change their minds at some point, and decide to have it reversed. There can be various reasons to seek a vasectomy reversal, usually because a man’s relationship and family goals change in some way. The good news is that vasectomy reversals are successful in restoring fertility in the majority of cases, and the procedure can usually be done on an outpatient basis.

What’s involved in a vasectomy reversal?

During a vasectomy, the two vas deferens tubes are cut to prevent sperm from getting into the semen. The vasectomy reversal involves restoring the ability for sperm to get into semen by re-establishing an effective path to do so. 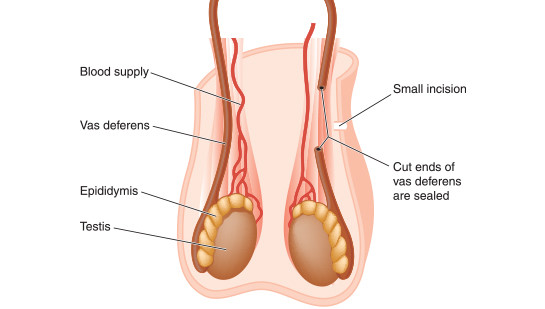 Vasectomy reversal is usually performed on an outpatient basis using microsurgery, which allows the surgeon to operate in a very precise manner. There are two methods of performing vasectomy eversal:

The surgeon determines which technique is needed after testing for the presence of semen in the vasal fluid during the procedure. Some men may need to have more than one technique used. When performed through microsurgery, vasovasostomy works in approximately 85 out of 100 men. Although vasoepididymostomy is a more complicated procedure, results are typically nearly as good.

Healing after a vasectomy reversal is usually fairly quick, with the ability to return to a normal routine and light work within one to two weeks.

Post-op care includes rest, ice, and scrotal support—as well as pain medication, if needed. Most men can resume sex after two to three weeks, but this should be cleared with the surgeon—as should any heavy lifting or strenuous work.

While most vasectomy reversals are successful in restoring fertility, this isn’t always the case. Your doctor will check a semen sample after a time to find out if your reversal was successful.

It is important to remember that achieving pregnancy after a vasectomy reversal depends on several factors, including the type of vasectomy and the amount of time since the initial procedure.

Regardless of your reason for exploring vasectomy reversal, our team is here to help you every step of the way. It is important that your doctor work with you to tailor a unique treatment plan to fit your specific needs. We at Western Michigan Urological Associates want to work with you to find the best option for you and your family.  Contact us today.